How to use #Hashtags

You may think that hashtags are a pretty #basic fundamental when it comes to social media, but whilst they can be fundamental, using them may not be as simple as you think.

First things first: what is a hashtag?

A hashtag is essentially a clickable link within a post on social media – you can use hashtags on all main platforms: Facebook, Twitter, Instagram, LinkedIn and Pinterest – that take you to a stream of conversation on that topic, where other users are also posting that hashtag.

Some hashtags are more popular on some networks than on others;  #FollowFriday on Twitter and #InstaDaily on Instagram for example.

Hashtags on Twitter are great for catching breaking news and keeping up with the action, whereas hashtags on Instagram are great for getting posts’ likes up and influencing your feed (what posts you see and when).

Don’t forget, you can’t use special characters like apostrophes or hyphens in hashtags either (but you can use numbers).

Not as simple as it first seems, is it? So let’s break it down per platform…

In our experience, they don’t drastically improve reach , engagement or click-throughs on posts (if at all) – if Facebook itself doesn’t seem to recommend them (they’ve not even updated their hashtag guidelines since 2016) why should we? It won’t have a negative impact, but it probably won’t have any huge positives either. 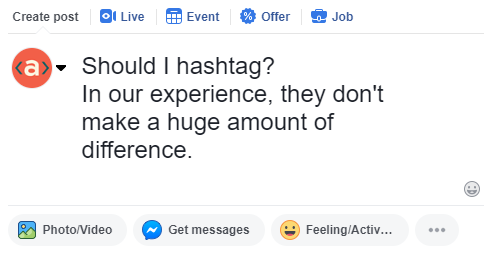 Do it. But do it wisely.

Let’s start with the obvious: character limit. You’ve got your Tweet to write as well as having to hashtag, remember. 280 may seem like a lot of characters, but in reality, it’s not.

You could be clever and hashtag throughout your Tweet, or put them neatly at the end (which is a bit more aesthetically pleasing). Don’t overload your tweet and #hashtag #every #single #word – pick your main topic and hashtag around 3-4 times (but really no more than 5 – at this point, consider starting a thread of Tweets instead). Ultimately, over-hashtagging looks a little spammy and you’ll lose people’s interest.

A final consideration is “dark mode” on Twitter, great for the late night Tweeters, but not so great for hashtags. Dark mode makes hashtags (and links) a little harder to see as there isn’t the obvious contrast between the white background and blue links on light mode, instead the blue hashtags and links on a dark navy/black background. Something to consider and keep an eye on when it comes to analysing evening posts.

You can insert up to 30 hashtags and have pretty much an unlimited caption size, so why not? Hashtags are great for improving your engagement on posts (when Instagram isn’t continually playing around with its algorithm); they can influence the “Explore” tab and therefore help you to reach new people (increasing your brand awareness).

There are many generic hashtags out there that you could use like #instadaily which, in theory, can increase your post engagement a little more too (always useful).

Our advice? Experiment – sometimes three hashtags is all you need, maybe eight is the magic number, or go all out and use 30 – just be mindful of relevancy and priority.

Placement of hashtags in a post caption can be a rule in its own right, too; some hashtag as they go, some save hashtags to the very end, some separate the caption and the hashtags entirely with return spaces and adding full stops/characters. It’s up to you – the most important thing is finding out which ones, and how many of them work for you. 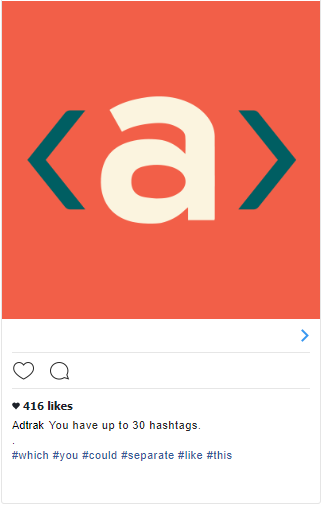 Yes, it really is a thing.

Making more of a feature out of this, businesses on LinkedIn can now choose up to three hashtags they can follow and comment on from their business page.

From a user perspective, hashtag streams seem to be pretty popular and are being pushed by LinkedIn, so include a couple of industry and priority ones in a post (for example #marketing #sales).

We’d suggest using no more than five – keep it clean and simple.

Get involved in the hashtags streams you’ve followed from your business page, share other articles and like and comment as your business – this is fairly new so make the most of it! 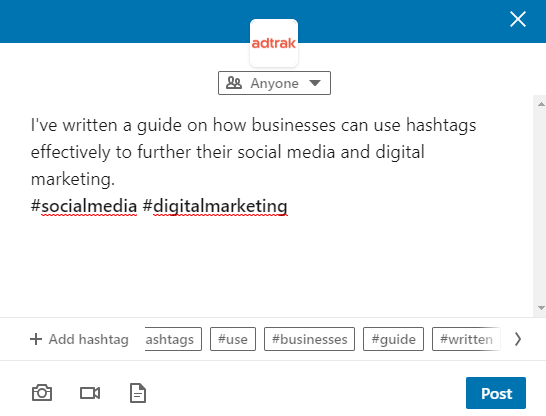 First we couldn’t, now we can.

Having seemed previously undecided, Pinterest now allow hashtags. When using them, Pinterest recommend you be “specific and descriptive”, however you can’t do more than 20 in one post.

Pins with hashtags appear at the top of a Pinterest search feed too, so we’d suggest hashtagging the searches you’d like to appear on (and go back through old pins you’ve uploaded and add them in – it could help boost their visibility). 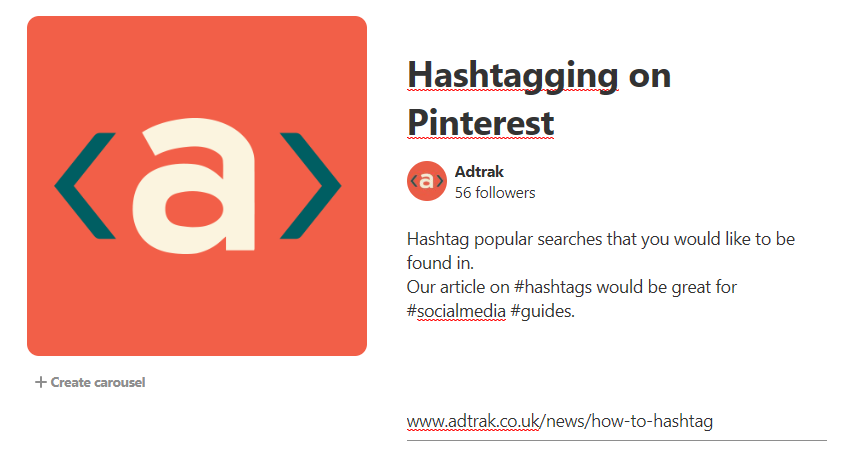 From a business perspective across platforms, the vast majority of everything above does apply. However, be picky and only really use hashtags that will benefit you. We all want to see our businesses pages grow, so use hashtags that will help to influence that. Take the time to research relevant hashtags. Bear in mind how popular a hashtag may be (based on many users use and interact with it), try not to go too broad (or you’ll get lost in chatter quickly) and be careful using lots of very niche terms (while they may get you more quality interaction, they could potentially lead to a lot less of it, if any at all). When in doubt, use a variety and find a good middle ground between broad and niche.

This leads us on nicely to #MyBrandsSlogan…

It’s all too often you see brands trying to make hashtags over-specific or silly (dare we say boring?) in an attempt to stand out from the crowd, influence a campaign or simply try and make a brand name, slogan or strapline slogan pick up traction and interaction.

Unless you plough a lot of time and money into advertising it, “#MyBrandsSlogan” is likely not going to take off. Spend your time, money and character limits wisely and use hashtags that will actually be relevant to you and your followers and gain traction.

On the rare occasion a ‘brand’ hashtag can get picked up and go viral; think McDonald’s #ImLovinIt or Nike’s #JustDoIt. More often than not though, to get a branded hashtag to be used by users naturally and frequently, you’ll need substantial recognition (such as Nike or McDonald’s) and a pretty hefty marketing budget.

Hashtags can also go viral for the wrong reasons (remember #susanalbumparty?) and make a mockery of brands, which then requires damage control (not the outcome you were looking for). Our top tip – it takes two seconds to run a campaign hashtag past the person sat next to you and a further two seconds to make sure to capitalise new words in hashtags.

Ultimately, when hashtagging for businesses the questions you need to ask yourself are:

If you don’t, honestly, have a good answer all of the above, should you be using that hashtag? Probably not.