Nothing starts a heated argument (sorry, civilised debate) quite like misplaced punctuation.  Even politics and religion pale into insignificance when the severest pedant is on the case.  Some things are more infuriating than others, though, and the sight of a badly-used comma or full stop are nothing when it comes to the frequently forgotten or wrongly-placed apostrophe.

Your Wrong… No, You’re Wrong

Look at him, bless him, just sitting there, quite happy, doing nothing more than providing evidence of possession or contraction, yet it seems to be the one piece of punctuation that’s so often the subject of debate. 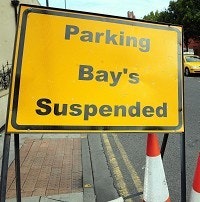 On the one hand, you have the ‘Pro-Apostrophe’ camp (mega pedants) – those who fervently insist that it is used correctly at all times, and who, like ninjas, swoop down on unsuspecting signs and notices in the dead of night, with marker pens (permanent ones, usually) and Tip-ex, and remove the offensive, misplaced apostrophe and place him, lovingly, where he should’ve been in the first place.

On the other, there’s those who feel that, because the apostrophe is so often neglected, left behind and simply used in the wrong place at the wrong time, that it should just be removed altogether and put out of its misery.  The dreaded ‘Grocers’ Apostrophe’ is perhaps the best example of the pedant’s nightmare – that is, an apostrophe that’s frequently used incorrectly on signs and notices outside shops etc. *tut tut*.

But why is it the case that the apostrophe, surely an important piece of punctuation in the first place (well, if it wasn’t, it wouldn’t have been used, right?) is so damned difficult to use correctly?  Why is it that, no matter how many times you’re told, or how much you try to learn the ‘rules’, it still eludes you?  Even leading academics and people at the very top of their profession have trouble with using the apostrophe.

Now, I’m no prescriptivist, or so-called ‘grammar Nazi’, but I like to think that these are good rules of thumb to stick to, and they can be a big help when writing, well, anything.

The –s is added to show that there is more than one of that particular thing, end of.  No apostrophe needed, thanks.

The ONLY time you add an apostrophe to a plural noun is if you’re showing possession.  For example, children’s play area.  The word children is already a plural (it shows that there is more than one child), and as the play area belongs to the children, you need an apostrophe and an s to show this.

For regular plurals, the apostrophe comes after the final –s, but is not followed by another –s, unlike singular nouns and proper nouns.  We’ll use flowers as the example here.  The phrase, the flower’s petals shows that the petals only belong to one flower.  However, the phrase, the flowers’ petals (where the apostrophe comes AFTER the –s, not before), shows that the petals belong to more than one flower.  That’s because flowers is plural, so possession needs to be shown by placing the apostrophe after the –s.

This is also true of names ending in –s, Williams for example.  If you want to show that something belongs to the Williams family (thereby making the name plural), you would show this by putting an apostrophe after the –s: the Williams’ garden.

The apostrophe is regularly used as a possessive marker for both singular and plural nouns – that is, it’s used to show that the noun possesses an object, for example, Dave’s guns.  This shows that the guns belong to Dave – he possesses them.  This is also true of inanimate objects – the jar’s lid or the cup’s handle.  Remember, if an object belongs to something or someone, it needs ‘s.

The tricky thing with the possessive apostrophe (told you he was slippery; that’s typical of the apostrophe – always trying to catch you out!) is remembering where to use him when a word isn’t plural and has –s as its final letter, for example, bus, boss and dress.

Generally speaking, the rule is that the apostrophe comes after the final –s and is followed by –s, for example, bus’s wheels.  This ONLY works for singular nouns – a noun that only denotes one of something.  For instance, there is only one bus in the above example.  This is also the case for people’s names (proper nouns), such as James, Chris and Charles, though it isn’t used for showing possession with classical names.

See the Plurals section for notes on plural nouns.

Contractions (kind of like a cut and shut job where two words are shoved together, and the missing letters are replaced with an apostrophe) are a regular haunt of the apostrophe.  He frequently holds sway in the following words, among many others:

Basically, if you can replace the apostrophe with –s, −ve, −re or –t with the words is, has, was, have, are or not, then it’s possible to contract it.

This is perhaps the only place, other than the your and you’re problem, where the apostrophe is at his most elusive and enigmatic.

It’s is, basically, a contraction of it is or it has.  That’s it.  So by saying, it’s sunny today, you’re actually saying, it is sunny today.  Simple!

Its is different.  This form is used to show possession, for example, its eyes are closed.  And yeah, I know exactly what you’re going to say – but the apostrophe is supposed to be used in cases of possession!  And I know, it’s hugely confusing, and I’m sure he does it just to catch you out, but it’s just something to get used to.

The Your and You’re Conundrum

As with its and it’s, your and you’re are forever locked in a battle of misunderstanding and confusion.

Let’s start with you’re.  Yep, you’ve guessed it – it’s a contraction of the words you and are.  Easy enough, just use it in place of you are in a sentence; for example, if you’re moving house, we’re happy to help.

Your, on the other hand, is used to show possession, for example, here’s your bill; I saw your mum today; is that your new dress?

I hope this post clears up a few things!  It’s really not as hard as it seems, and once you make a friend of him and get used to his wily and awkward ways, the apostrophe is a loyal and useful little chap.

He’s just as important in the web industry as in other literary situations; of course, there are loads of other places he pops up in written English, but the ones I’ve listed above are perhaps those where he gets most frequently misused (at least, in my experience).

So try not to miss him out or misplace him.  He’s trying so hard to show what’s possessive and what’s a contraction, and he does it so well!  Oh, and please don’t use him in plurals.  He gets so grumpy when that happens!