Our 4 Takeaways from Copy Cabana

It was a slightly murky Wednesday morning when we hit the Bournemouth coast for the second annual conference dedicated to copywriting – Copy Cabana. But with bellies filled with breakfast, there was a great lineup to look forward to at the Pavilion, just a stone’s throw from the beach.

There was plenty of wisdom to take away from the day, but here are four things which stood out for us this year. 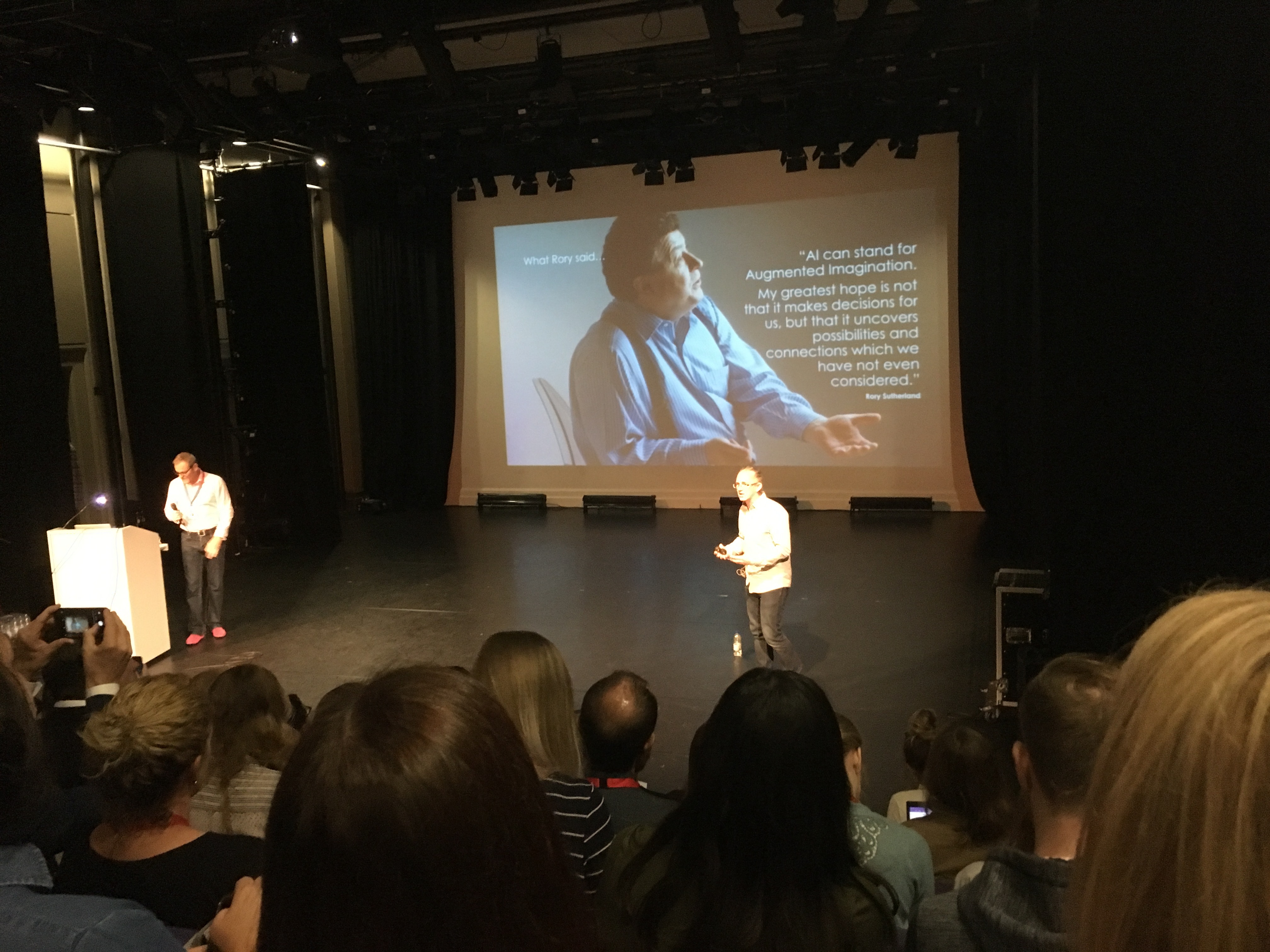 Glenn Sturgess and Peter Stephen from OgilvyOne Business spoke about why, as copywriters, we should be paying attention to AI (artificial intelligence). While it’s easy to see where AI will automate jobs in some sectors, we’re probably guilty of thinking it won’t touch the world of writing.

However, with AI learning every second of every day – as well as having unlimited resources – there will come a day when robots could be fed briefs to write copy. What artificial intelligence lacks though, is three things: curiosity, generosity and courage. These are the traits which, as humans, we can apply to writing which computers can’t. The advice from Glenn and Peter was to embrace AI in our work; let the robots take the heavy load, while we appeal to emotion to make the reader respond much stronger.

Your company’s tone should reflect your atmosphere

While ice cream is probably one of the easiest things to generate excitement around, Kerry Thorpe from Ben & Jerry’s made the case for your copy to reflect the atmosphere of your company. From naming new ice cream creations to walking their dogs in the office, the Ben & Jerry’s team lend their words the same fun and positivity that their working day has – the two things are fluid.

This authentic approach has helped them to challenge the likes of Häagen-Dazs and has allowed them to continue to fight for good causes. It’s not always as easy to pin down the personality of your company, but your brand will be better for it if you can present this to your customers.

Is tone of voice just a load of nonsense?

This was the highly inflammatory remark on Nick Parker’s opening slide, greeted by murmuring and gasps from the crowd. Before a riot broke out, he confirmed that he didn’t think it was nonsense at all, and went on to tell us why.

With 10 examples to cover the majority of styles, we were treated to some great examples of how a tone of voice can work when applied to the right business. We also saw some examples of how trying to shoehorn the wrong tone into your brand can leave customers confused – especially if you don’t have the content to make it work.

The problem and the solution

The final speaker of the day was one of the legends of copywriting, Steve Harrison. With decades of experience in creative positions at some of the world’s best companies, Steve’s advice was simple: write something interesting.

Part of this involved dealing with the problem and the solution. Not the client’s problem, but the customer’s. Unless you can present your client’s product or service as something novel to solve people’s problems, they won’t be nearly as engaged. As copywriters, we’ve got to tap into those solutions whilst simultaneously arousing curiosity.

There was plenty more besides this which we’ve taken away from Copy Cabana 2017, and we’d like to thank all the speakers who shared their insight with us, as well as the organisers. We look forward to more nuggets of knowledge next year down on the coast!